Sell Your Home in Jacksonville, FL

Sell your Jacksonville home today without a Realtor.

I will buy your home, vacant land or small apartment in Jacksonville, Florida for cash. I am not a discount realtor or affiliated with any realty company. I am a real estate investor who will act fast and pay cash quickly.

I will buy your home in any condition. You do not have to paint, clean or move anything. I handle all the paperwork and make it easy for you. Termites, a leaky roof or a run down house abused by bad tenants are all okay. I know houses are not perfect.

You can pick your closing date. I can close in 4 days if your title is clear because we pay cash and no bank tells us what we have to fix.

I am originally from Jacksonville. I grew up in the San Marco area, attended Wolfson High School and the University of Florida. I graduated from Valdosta State College (now University) and have been buying homes for a number of years. I have run across many situations and can probably find a solution to your problem.

Get cash for your foreclosure, pre-foreclosure or problem home today. Call Todd

If recent statistics are any indication, Jacksonville, Florida’s housing market is quickly becoming one of the hottest in the country. While other cities have seen a drop in their housing sales—both in quantity and average price—Jacksonville’s housing market has exhibited tremendous growth from February 2016 to February 2017. Accordingly, there’s never been a better time to become an investor and get cash for houses than today, in Florida’s largest city!

However, simply encouraging potential investors, residents, and sellers to check out Jacksonville’s housing market isn’t enough—it doesn’t do the city’s impressive and upward-trending business landscape justice. To fully illustrate just how remarkable Jacksonville’s housing sector is, let’s take a look at some of its most impressive statistics from February 2016 to February 2017!

As anyone who’s sold a house can attest to, receiving “asking price” is both difficult and unlikely. Typically, potential buyers submit offers they feel are fair for a home, with respect to the seller’s initial asking price. The seller then reviews these offers to determine if any of them are suitable.

While 1.1 percent may appear small, it’s important to remember that in the context of homes, this percentage can amount to thousands upon thousands of extra dollars for the seller. Therefore, this impressive statistic is yet another example of how exactly Jacksonville’s housing market is excelling.

To reiterate, this means that on average, selling a home in Jacksonville became over 13 percent more valuable in just one year! When considering this sales bonus in coordination with the inherently sizable prices of homes, this percentage’s true importance is made clear. It’s as if individuals who decided to receive cash for houses in Jacksonville this year also benefited from a massive pay increase—all for making a move at the right time.

All of these benefits—all of these incredible byproducts of Jacksonville’s thriving housing industry—can also be enjoyed in less time than those of the prior year. The average number of days a home was listed on the market before selling fell from 89 in February 2016 to 84 in February 2017 (Source: Northeast Florida Association of Realtors). This means that sellers are spending less time finding buyers.

The bottom line is that the time is now to cash in on Jacksonville’s housing industry. Sellers are making lots of fast cash, buyers are able to choose from a wide variety of top-quality real estate, and investors—well, it’s not hard to see how investors are benefiting from the rising economic sector. The best part of this uptick in virtually every aspect of the market is that it’s entirely backed by reliable data and statistics.

To recap this data, the median sales price of houses in Jacksonville increased over 20 percent, as did the percentage of the asking price received (an increase of 1.1 percent), and the average house sales price (an increase of over 13 percent), between February 2016 and February 2017 (Source: Northeast Florida Association of Realtors). To be sure, the only thing that went down in this same period was the average amount of time it takes to sell a home!

I live in Orlando now, but still buy and sell homes houses in North Florida including:

And any city in:

Selling your home or house has never been easier.

We make buying your home our top priority.
We can solve almost all real estate related problems.

Sell Your Home in Jacksonville

These are the cities where we have an affiliate where you can sell a home fast or quickly and we buy homes:

Note: If you don’t see your city, we still likely buy homes there.

Get an Offer in 10 Minutes or Less

Get Started Selling Your Home Fast! 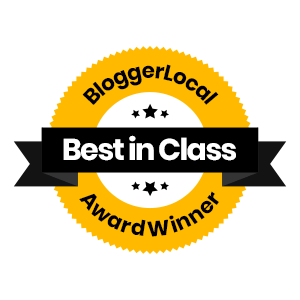